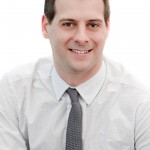 Green Party of Manitoba leader James Beddome has called on Manitoba Premier Brian Pallister to show leadership in developing a made-in-Manitoba response to Greyhound’s recent announcement that it would cancel its passenger bus service in Manitoba.

“The loss of this bus service will create hardship for many Manitobans, particularly those in rural and remote communities,” said Beddome. “The provincial government has a responsibility to support our citizens, regardless of where they live. Accordingly, I have written to Premier Pallister and urged him to bring together representatives of the most affected communities to develop a response.”

In his letter, Beddome urged Pallister to bring together all levels of government – federal, provincial, municipal and First Nations – to explore alternatives.

“Fresh thinking is required,” said Beddome. “Hoping the private sector will jump in, as Manitoba Infrastructure Minister Ron Schuler has suggested could happen, is not realistic. If Greyhound can’t make money, there is no incentive for other private investors. Subsidizing Greyhound, as the federal NDP has suggested, is not an answer, either. Taxpayers do not want to be giving money to Greyhound’s shareholders.”

Beddome said it would be premature to speculate on the outcome. “Greyhound’s retreat from providing passenger service represents both a challenge and an opportunity. How we respond will say much about the quality of the political leadership in our province.”