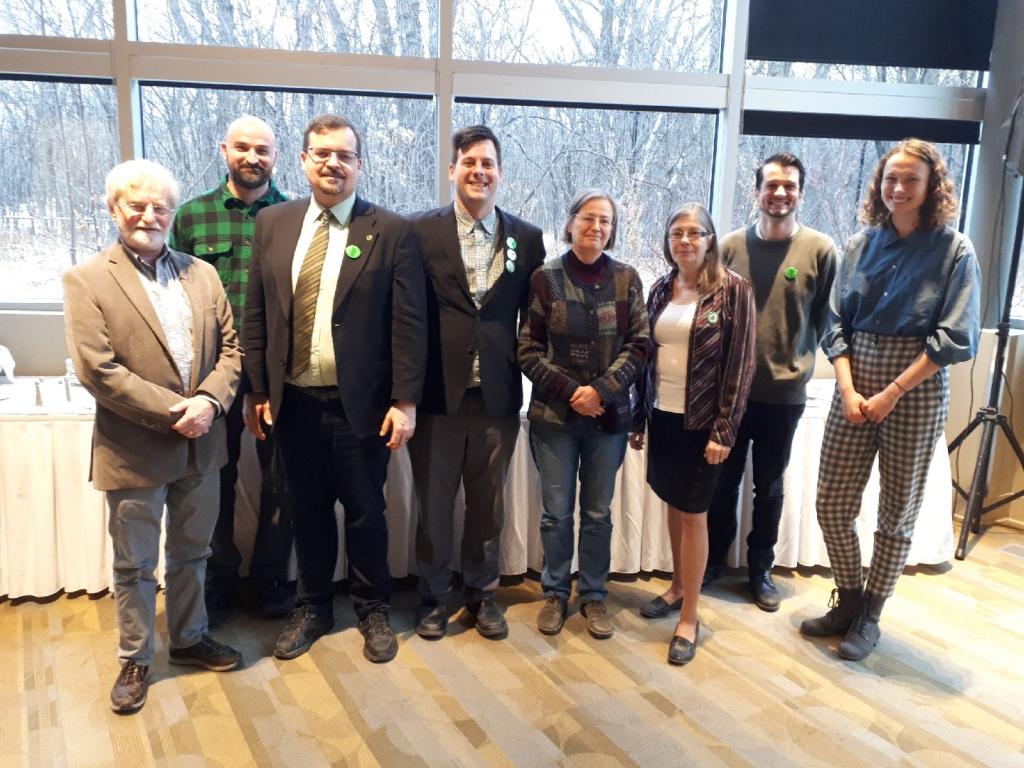 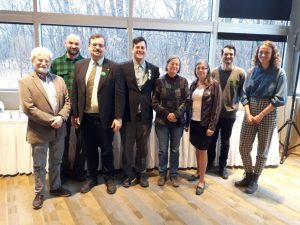 November 24, 2018 (Winnipeg, MB) — With less than a year until the federal election and less than two years before the next provincial election, the Green Party of Manitoba welcomed Bruce Hyer, former Green Member of Parliament and Green Party of Canada Deputy Leader to speak at the Manitoba Greens Annual General Meeting (AGM).

Bruce Hyer, former MP for Thunder Bay-Superior North, left the NDP after a riding issue made him choose between party and representing his constituents.  He sat as an independent, then joined the Greens.

Hyer spoke at the Manitoba Greens AGM about the upcoming federal election in the fall of 2019, his experience representing his riding and the success Greens have been having in legislatures all over Canada.

“It gave me great pleasure to speak at the Manitoba Greens AGM.  Manitoba clearly needs a change of government and it is important that more Green candidates are elected.  They have the best platform, the best leadership, and excellent candidates,” said Hyer, “They help to make Manitoba a cleaner, safer and more prosperous province.”

The Party also selected the Executive Council that will lead it into the next provincial election, as follows:

“We have a great team going into the next 2020 election. We nearly elected Dave Nickarz in 2016. Hindsight is 20/20. This time we will elect Greens to the Manitoba Legislature,” said Beddome.