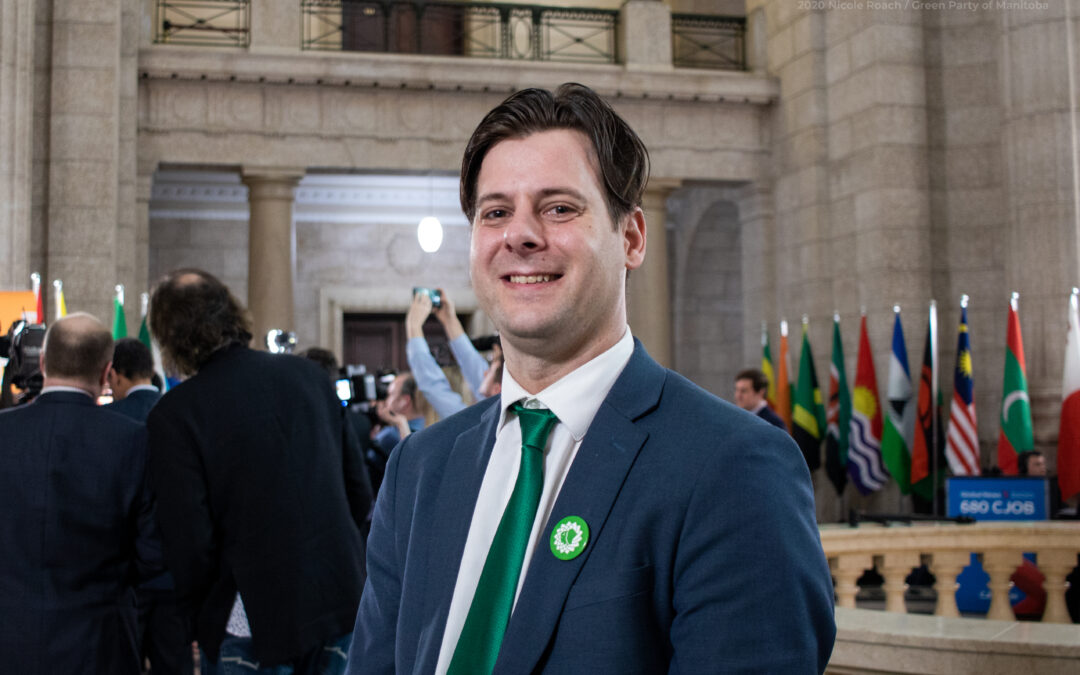 THE FORKS, WINNIPEG, MANITOBA (TREATY ONE TERRITORY) — At a press conference Wednesday morning, James Beddome (he/him) announced his intent to resign his position as Leader of the Green Party of Manitoba (GPM).

Beddome has led the GPM through three general provincial elections, serving as leader since 2008, but says it is time for him to step aside to allow space for a new leader.

“It has been an honour and a privilege to serve as the leader of the Green Party of Manitoba, but today I am publicly announcing that I will not be seeking an eighth term as leader. I will remain an active and loyal member of the party. This is a personal decision, as I need to cut back my volunteer commitments to focus more on my personal life and my business.” said Beddome.

“A leadership contest provides a great opportunity to energize the party. I am particularly encouraged by the energy and excitement of our newly formed Youth Wing and our new President Pearson Singbeil Montgomery, so I feel confident that I am leaving the party in good hands.  I look forward to being inspired by our new leader, whoever they may be,” added Beddome.

“We’re incredibly grateful for all the work James has done on building and promoting the party as Leader,” said GPM President Pearson Singbeil Montgomery (they/them).

“The Party will be calling a leadership contest sometime in the next few months, with a new leader to be elected around September. We’re expecting this leadership contest to generate a lot of excitement and growth for the party, so please stay tuned for further announcements,” added Singbeil Montgomery.