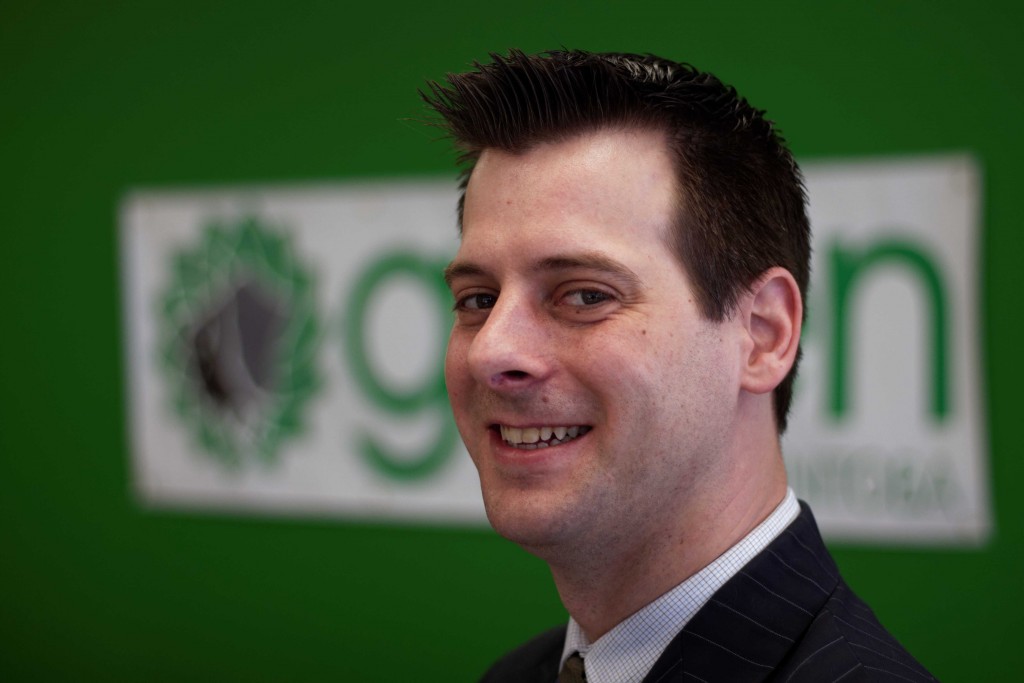 “We propose to spend $166 million per year on measures that will reduce GHG emissions and stimulate the economy,” Beddome said. “Uncontrolled climate change threatens our very existence and we can no longer delay taking action. At the same time, doing our part to meet this threat will stimulate our economy by creating jobs, business opportunities and prosperity.”

The Greens would introduce a $50/tonne carbon tax that would generate approximately $500 million annually. Most of this would be returned to taxpayers in the form of personal income tax reductions ($274 million) or payroll tax cuts ($60 million). The remaining $166 million would be invested in a Climate Change Action Fund that would be used to fund various GHG reduction initiatives.

“By reducing personal income taxes and payroll taxes we would be helping Manitobans respond to the higher energy costs that would result from a carbon tax,” Beddome said. “Over time, we would expect Manitobans’ energy expenditures to decline as they insulate their homes and adopt more energy efficient technologies.”

Beddome said that Manitoba’s performance in reducing GHG emissions has been dismal. “Manitoba has the fifth highest per capita emissions in Canada. Greenhouse gas emissions have increased by 14 per cent since 1990 and the NDP has failed to meet any of the targets it has set. Its current plan is vague, poorly designed and inadequately funded.”

The Green’s $166 million Climate Change Action Fund would support improvements in transportation, heating, agriculture, and waste disposal – areas where GHG emissions are the greatest. “There are many things we could do, today, to reduce our GHG emissions and improve the quality of our lives,” Beddome said. “There is no time to waste.”

According to the 2015 National Inventory Report on greenhouse gas (GHG) sources in Canada (1990 to 2013), Manitoba had total GHG emissions of 21.4 kilotonnes of CO2 equivalent (ktCO2 e), which is 14.4% higher than 1990 levels and 21.7% higher than the Kyoto target of 6% below 1990 levels. The key contributors to the GHG emissions in Manitoba are transportation, agriculture and stationary heating. More specifically, the largest contributors showing high growth rates are heavy duty diesel trucks; light duty gas trucks; enteric fermentation from livestock; agriculture soils; and heating of manufacturing, commercial and industrial buildings.

In December, 2015, the provincial government released its Climate Change and Green Economy Action Plan to address the province’s rising GHG emissions. The plan sets ambitious GHG reduction targets – a reduction of 6,900 ktCO2 e by 2030, which translates into an annual reduction of 490 ktCO2 e for each of the next 14 years. This is compared to an increase of 2.7 ktCO2 e between 1990 and 2013. However, what it proposes to do to achieve these ambitious reductions does not measure up. None of the measures have GHG reduction estimates attached to them. The government plan proposes:

The key conclusion is that the NDP blueprint contains ambitious targets but no plan or adequate financial commitment to make it happen.

Because Manitoba has few large emitters responsible for only 10% of GHG emissions, and because the source of emissions is broad based, a broad-based tax on fossil fuels, with the tax proportional to the amount of GHGs emitted, is required to achieve significant reductions. Accordingly, the GPM is proposing a $50/tonne tax on the same range of fuels included in British Columbia’s Carbon Tax Act, but increased by 5/3, given that B.C.’s carbon tax is $30/tonne.

This level of a carbon tax on gasoline and diesel fuel would redirect 11.1 cents a litre toward emission reduction and lead to an estimated reduction of 281 ktCO2 e a year, based on analyses of the price elasticity of demand for fuels. It would also give incentive for retrofits to homes and businesses to reduce heating costs. The large proportion of the revenue would be raised from the tax on the following sources:

Reviews of the impact of British Columbia’s carbon tax show increased economic growth and reduced GHG emissions relative to the rest of Canada. Manitoba is likely to see similar results as the shift toward innovation boosts the economy and creates jobs. The Green $166 million a year Climate Change Action Fund would support: