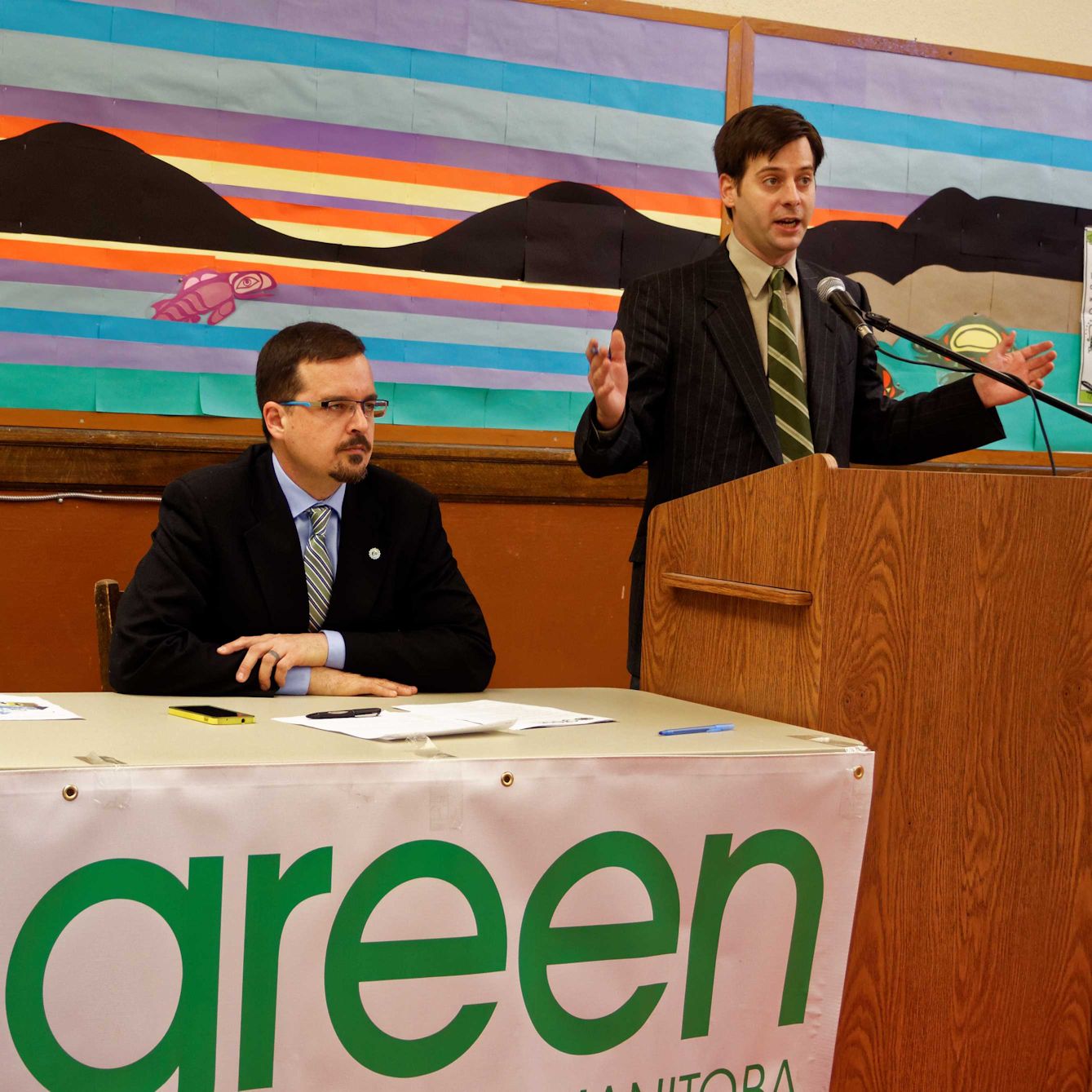 Green Party of Manitoba Leader James Beddome and Environment Advocate Dave Nickarz submitted a letter to the Government of Manitoba in response to their proposed wetland regulations, which organizations such as Lake Winnipeg Foundation had identified as being inadequate.

Below is the text of the letter that was submitted to the Government on January 24, 2019:

We write this letter on behalf of the Green Party of Manitoba in response to the requested input on the proposed Water Right Regulation under the Sustainable Watersheds Act.

Manitoba has lost or destroyed up to 70% of its wetlands since European settlement, and therefore simply setting a goal of aiming for no-net loss of wetlands is woefully inadequate.

Wetlands deliver all this and more, if only we could leave them alone and stop draining them. They are incredibly productive and efficient ecosystems. It is hard to find a better public investment, yet humanity continues the onslaught on our wetlands.

The goal needs to aim not only to protect wetlands, but to reclaim and restore the significant amount that we have lost in Manitoba. Unfortunately, with the current regulations as proposed by this government, it appears that we will not even achieve the goal of no-net loss of wetlands, but instead will continue to lose or even accelerate their rate of loss.

It is also problematic that the regulations focus only on the total acres of wetland lost, and not the total number of wetlands lost. The broader context is vital. It is not just total loss of wetland acres that matters; rather it is the totality of the landscape change. Small and seemingly insignificant wetlands can actually be vital to ecosystem health and impacts to humanity.

The results from the Broughton Watershed Study conducted by Ducks Unlimited are particularly illustrative on this point. This study examined the loss of wetlands in the Western Manitoba watershed from 1968 to 2005. It found that over that time period, 70 percent, or 5,921 individual wetland basins, were lost, resulting in a loss of 21 percent of the wetland area. Consequently, a landscape once dotted with small wetlands now only consists of a much smaller number of individual wetland basins that are much, much, larger in size.

These changes caused the watershed to function differently, leading to increased water, nutrient, and sedimentation flows. It resulted in the release of GHG emissions, and the loss of wildlife ecosystems that support insects, amphibians, waterfowl and numerous other flora and fauna. Ducks Unlimited estimates that the value of the loss from the ecosystems services to be $15-19 million per year for that single watershed, with cumulative losses from 1968 to 2005 amounting to $430 million.

The Broughton Watershed study only looked at a small area of the province, which means that more information is needed to assess the total damage of wetland loss in Manitoba, as well as the diversity of wetland ecosystems that we have in Manitoba. Therefore, absolutely no wetland drainage should occur until a thorough independent scientific inquiry of Manitoba’s wetlands is completed, one that should also result in a comprehensive public wetland inventory (including the publication of wetland classification maps). This inquiry should also attempt to quantify the numerous ecosystem benefits produced by Manitoba’s wetlands and provide the Manitoba Government with policy advice on wetland protection and restoration. Such a public inquiry could be conducted through the Clean Environment Commission and should allow funding for public participation and independent scientific study.

It also does not seem to be a good idea to leave the person applying for a drainage license to be able to determine if their proposal to drain wetlands should fall under the more stringent licensing process or the less stringent registration process. Particularly since the regulation does not provide for monitoring, auditing and/or evaluation processes.

Except in limited and defined areas of pre-existing development, such as our major cities, we should prohibit any more wetland drainage on all types of wetlands (Class 3, 4, 5). There is plenty of evidence showing that weakening the protection of existing wetlands will have both short-term long-term consequences. Protections need to be enhanced, not weakened. We need a full stop on draining wetlands.

We therefore submit that this Government needs to redraft much stronger regulations that serve to protect and restore Manitoba’s wetlands.