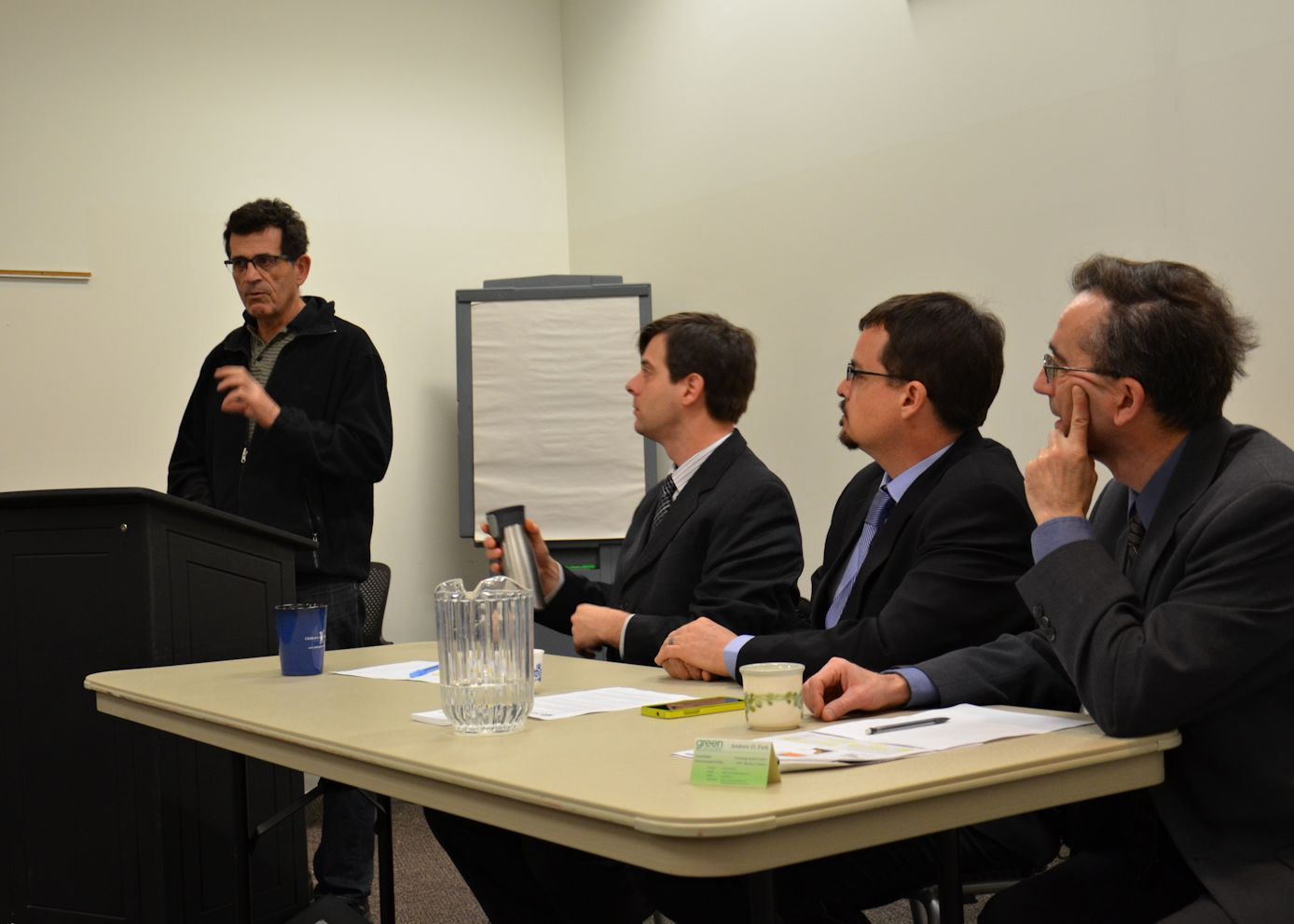 Winnipeg, April 13, 2015 – Green Party of Manitoba Leader James Beddome has called on Premier Greg Selinger to say “no” to the Energy East Pipeline at the premiers conference in Quebec City, which begins this week.

“If it goes ahead, the Energy East Pipeline will threaten the health and safety of thousands of Manitobans who live in 25 communities along the proposed route,” Beddome said. “As well, by providing an outlet for Alberta oil sands crude, Energy East will magnify the impact of the oil sands on global climate change,” he added.

Beddome said he had written to Conservation Minister Gordon Mackintosh and Tracy Braun, Director of Environmental Approvals at Conservation and Water Stewardship, on this matter on March 20, 2015. “Neither has acknowledged receipt of my email message, or replied to it. The clock is ticking on this file and Selinger needs to protect Manitobans.”

Beddome said the provincial government could be in a dangerous conflict of interest regarding Energy East. “Perhaps half of the output of Manitoba Hydro’s Keeyask Generating Station is dedicated to powering Energy East pumping stations. Selinger needs to choose between protecting Manitobans or selling Hydro power.”

David Nickarz, candidate for the Green Party of Manitoba in the Wolseley riding, spoke to the Manitoba environmental issues associated with the pipeline.

“Diluted bitumen is extremely toxic and explosive,” said Nickarz. “If an explosion were to occur where the pipeline passes by the Brady Landfill site, for example, the toxic plume would blanket Winnipeg and require the immediate evacuation of 700,000 people.”

Nickarz said that TransCanada’s poor safety record was a red flag, especially given that the natural gas pipeline TransCanada would use is up to 40 years old in places.

“The pipelines are subject to corrosion and have ruptured four times in Manitoba in the last twenty years: at Rapid City in 1995, St. Norbert in 1996, Brookdale in 2002, and Otterburne 2014,” Nickarz said. “Energy East is a disaster waiting to happen,” he added.