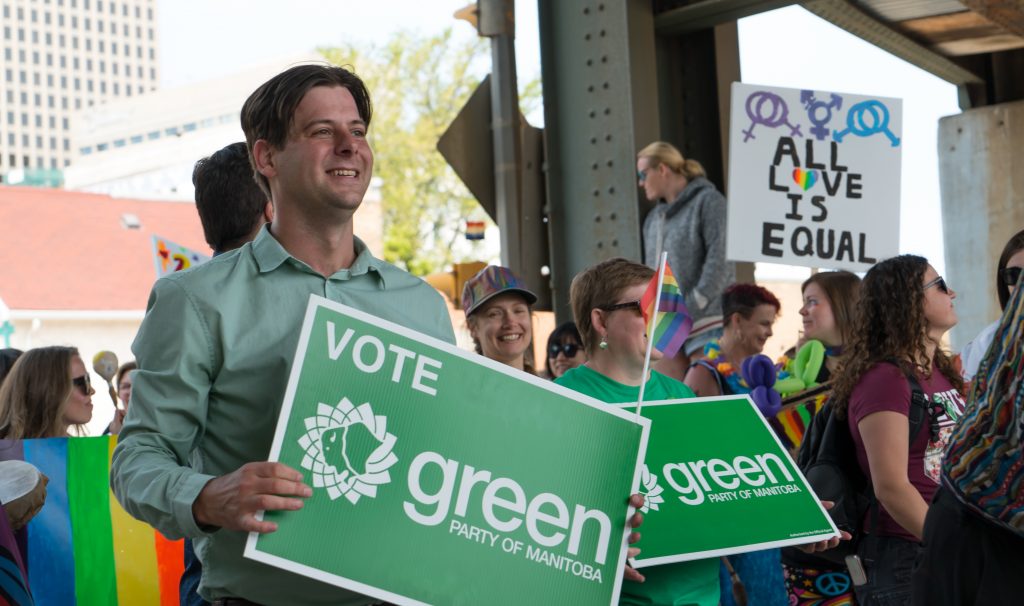 James grew up on a mixed livestock farm in the heart of the Little Saskatchewan River Valley near Rapid City, Manitoba. This upbringing instilled in him a strong appreciation for nature.

James’ commitment to social justice and poverty reduction was demonstrated early, when at the age of six, he received media acclaim and an Appreciation Award from the Salvation Army for organizing a craft sale that helped raise money for those in need.

James moved to Winnipeg in 2001 to pursue his education, graduating from the University of Manitoba with a Bachelor of Arts (Honours) degree in political studies and economics.

After obtaining his first degree, James became actively involved with the Green Party, recognizing that only the Greens offered an honest and sincere attempt to deal with economic inequality and environmental protection.

In 2008, James was elected as the Leader of the Green Party of Manitoba, and he continues in that position until this day. From 2008-2013, James balanced his Green Party leadership duties with part-time law studies and part-time employment as an environmental research consultant.

James was called to the Bar of Manitoba on May 28, 2014, and in October of 2017 he and Seneca Longclaws founded the firm Beddome and Longclaws Law Corporation.

James’ legal practice focuses on serving First Nation Governments, tribal organizations, and individuals with legal matters pertaining to indigenous law, environmental law, and civil litigation. James has handled matters before the Clean Environment Commission, the National Energy Board, the Independent Assessment Process established as part of the Residential Schools Settlement Agreement, the Manitoba Queen’s Bench, The Federal Court of Canada, and the Federal Court of Appeal.

In addition to his duties as a lawyer and Green Party leader, James also likes to garden in his spare time.